Astronomy is inherent in South American countries like Bolivia as typical discussions about cultural astronomy are in relation to the Andean constellations.

Although astronomy is not included as a subject in the country’s education system, the Bolivian San Agustin Remote Observatory provides instruments for constellation observations to amateur astronomy clubs and schools.

Supported by the San Agustín Educational Foundation (FESA) and funded by the country’s 2021 funding scheme for Europlanet Public Engagement. The initiative aims to encourage inclusive participation in high-quality educational activities as well as to develop sustainable innovations through collaboration and research. The observatory puts in place instrumentations in the city of Cochabamba that can create significant impact.

The project had put in place instrumentations for physical and management structures for the creation of an efficient observatory. The results made a significant impact in archaeoastronomy outreach activities in sout America.

What Can Be Gleaned from Archeoastronomy

The interest in archeoastronomy in South America, stems from the desire to investigate prehistoric astronomic knowledge that made the ancient Incas place great importance to the constellations. Their fascination for the star formations appearing in the Andean night sky came with reverence as the constellation were the objects of their worship.

The Inca civilization fluorished in the Andes mountains between the 12th and 15th centuries. Although their religious beliefs were complicated, they recognize that there is a creator (Viracocha). They also believed in a Sun god and a Moon god. Aside from the constellations, they also worshipped trees, large boulders, streams and waterfalls, as it was their belief that the spirits that existed in natural objects provide protection and guidance to worshippers. Temples and pillars were built with precision to ensure that they can be witnesses to the rising and setting of the sun, moon and stars as they are crucial events.

To the Cusco Incans, astral positions were important for agriculture as farmers believed that some crops cultivated in radial plots existing under a sky that mimics a specific astromonic event, will results in bountiful harvests. Although astronomy today is no longer practised as a religion, the introduction and subsequent evolutions of astronomy instrumentations, enabled amateurs astronomers, teachers and researchers to access information and tangible contributions in the field of astronomy. 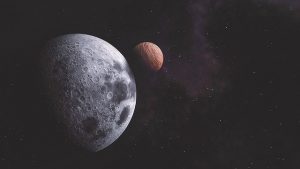 Today, believers in astrology benefit from computerized observations collected by observatories. Gathered in by way of narrow band filters, corrective optics, solar telescopes and innovative accessories that help in generating a great compilation of astronomical knowledge and data. Twelve thousand years ago ancient nomadic tribes presumably followed the paths toward the north node in leo. It appears that they had shed their hunter-gatherer way of life as they found it more beneficial to permanently engage in agriculture in South America